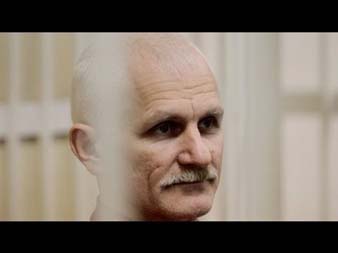 You are a member of an informal association? In Belarus, unregistered organizations are prohibited; the participation in the following organizations can give up to two years in prison.
You participate in rallies and pickets? In Belarus, for the implementation of all these, the permission of the authorities is required, and the majority of the participants receive up to 5-15 days in jail.

Do you like flash mobbing? After the wave of “silent protests” rose, where people were gathered in one place without any slogans and posters and were merely clapping; the response of the authorities was the arrest and a ban on “organization of mass inaction”.

You learn the latest news through the internet? The entrance to the internet cafe's in Belarus is possible only with passport; the state institutions have blocked the access to the most of the independent media sites.

Do you regularly travel abroad? Over the past 10 years dozens of Belarusian civil society activists, journalists and human rights defenders appeared in the “travel ban list” for criticizing the government and the KGB acquired the right to restrict travel for all those whom they consider necessary for prohibiting to leave the country.

Belarus is a country situated in the heart of Europe and at the same time it is the only country in the whole continent where the death penalty is still  applied and the European Convention on Human Rights does not operate.

“Helsinki Association” Human Rights Protection organization informs you that tomorrow (on 03.08.2012) at 12:00 will realize an action in front of Belarus Embassy in Yerevan in defense of “Viasna” Human Rights Center Leader and International Federation for Human Rights (FIDH) Vice-President Ales Bialiatski. At the end of the action the signed manifesto will be passed to the Embassy.