Statement of Shant Harutyunyan at Trial 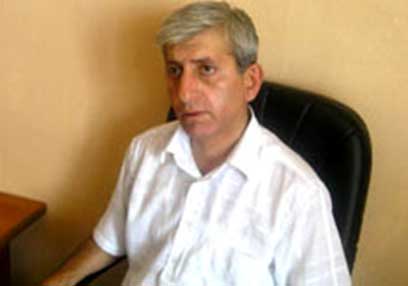 (Fragmented)
In fact in this court I am accused of my convictions by the authorities of Armenia, moreover materialist intelligentsia of Armenia spread this accusation among the society.
The alvardpetrosyans, razmikdavoyans, robertsahakyantss, the editor of newspaper “Hayots Ashkharh” Gagik Mkrtchyan and others wish that I reject my convictions. And finally are these people called intelligentsia, people of conscience and ideas. The nation is unhappy if its intelligentsia is the enemy of free speech and high ideals. If the function of the prosecutors is to accuse people, for which they get payment, so you assumed a role of free prosecutors.
I apply to those young men for who value the idea of freedom. I apply to those who struggle for a citizen’s freedom to conduct an action of protest against the materialist intelligentsia. I call out to collect all books of those writers and to throw them the garbage cans of Yerevan. It will be an appropriate answer to the behavior of this people.
Shant Harutyunyan
Court of First Instance of Shengavit District