Written by Hovhanna Torosyan on 22 July 2019. Posted in The court

After several New Jersey judges came under nationwide scrutiny for troubling remarks during separate sexual assault cases, the state Supreme Court this week announced the resignation of one judge, proceedings to remove another, and new training about sexual violence for all judges in the state.

The New Jersey Supreme Court confirmed to The New York Times Wednesday that it had accepted the resignation of Judge James Troiano, who in 2018 granted leniency to a 16-year-old rape suspect in part because he came from a “good family” and attended “an excellent school.”

See the full text and the related video here.

Written by Hovhanna Torosyan on 12 March 2019. Posted in The court

As informed by the lawyer Arayik Papikyan, the Court of Cassation admitted the complaint into proceedings of mother of the police captain Hrachya Falanjyan murdered on May 13, 2016. It should be reminded that Hrachya Falanjyan had been the victim and Marietta Antonyan had been recognized as the successor of the victim at the beginning of the preliminary investigation, but later these legal statuses were abolished. Meanwhile, the Constitutional Court has a decision that it should also be provided a chance for a murdered person to be justified.

However, his mother was not successful to obtain a status for two years. They had applied to the investigator, the preliminary investigation body and the court for the restoration of their legal rights, but the applications were left without examination.
0
0
0
s2sdefault

Written by Hripsime on 05 September 2016. Posted in The court

The members of "Sasna Tsrer" group Ashot Petrosyan and Aram Manukyan were transfered from Erebuni medical cneter to penitentiary hospital. The information was provided by Ashot Petrosyan's defender, Helsinki Association's advocate Arayik Papikyan. Let us remind, that they both had got body injuries in the result of shoots from police officers during being in Police Grand Patrol Station and they were operated after.

Written by Gayane Khachatryan on 09 July 2015. Posted in The court 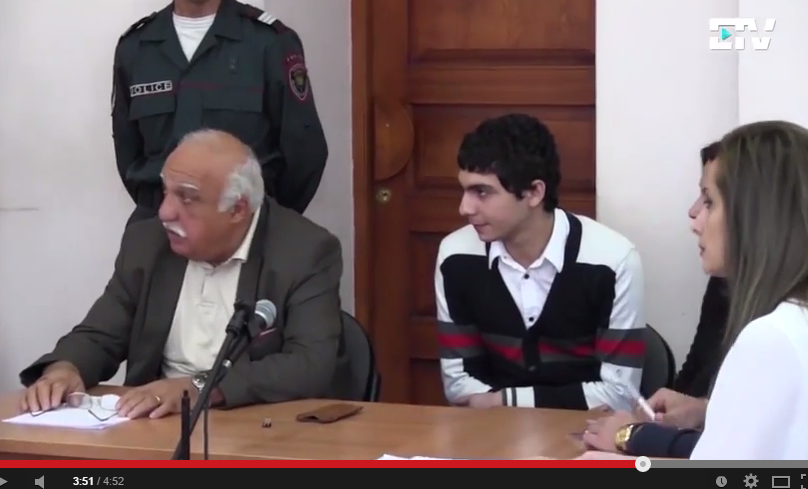 Sixteen year old Hayk Aghamalyan was charged with premeditated murder and sentenced to 10 years imprisonment, receiving the maximum sentence. The trail took place at the Kentron and Nork-Marash Court with Judge Martirosyan as the presiding judge.

Case Concerning members of a Gang

Written by Gayane Khachatryan on 22 June 2015. Posted in The court 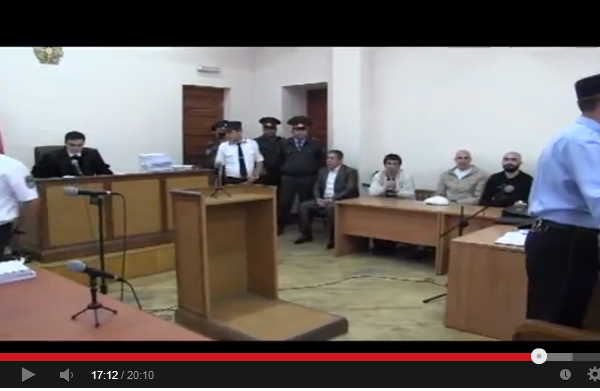 The “Gang” trial began on September 7, 2012 at the Court of Kentron and Nork-Marash General Jurisdiction under the presiding Judge Mkhitar Papoyan then Mesrop Makyan (28.11.2013).