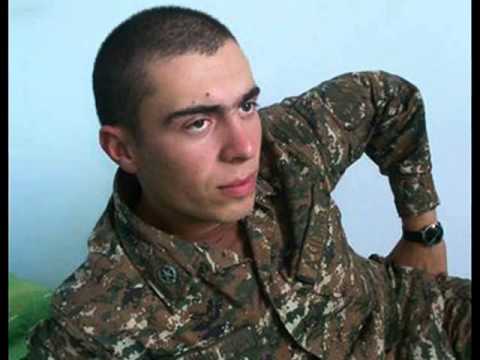 The preliminary investigation has justified the 09/25/2000 in the Ministry of Defense military unit No. 54122 Arman Vardan Hakobyan, performing guard duty was at the checkpoint at about 03: 40 local time, in his own AK-74 automatic rifle from one type of number 1181849 shot, received a gunshot wound to the front of the head on the way to the hospital.

09/15/2001 in the Criminal Code. The case has been suspended due to an unknown offenders.
11/11/2008, was also arrested. The case was removed from the suspension and is committed to further investigations.
04/11/2009 the criminal code was again suspended for the same reasons.
According to the Helsinki Association Ruben Martirosyan, 12 years Criminal Code made the case unilateral incomplete, containing false investigations, which was accompanied by the audience trial. Calculate the gross violations. His hands were copies of the decisions and conclusions of the expert evidence that,
1. The medico-legal N23870003-ballistic, fingerprint examination >> << expertise weapons and hat point, the tool N1181849 and explicit fingerprints were found on his murder weapon.
2. The fact that Arman Hakobyan was killed, is also proved by the fact that the case exhibit murder case of N1181849 rifle was strapped to him. Penal Code. court decisions will become clear as to who owned the gun. The investigative body will conduct a detailed investigation of this important fact. Naturally, the owner of the rifle to kill Arman Hakobyan and (or) the 3rd person to whom he handed the gun.
3. According to Arman Hakobyan forensic report No. 762/4, Arsen Babayan’s, body part were found by the forensic expert "nose, back, neck, right side surface of the left forearm, left hand 4th finger, right rear to the right and left buttocks, right and upper left thigh, right leg, mid-thigh, right leg below the knee containing scratches, abrasion and hemorrhage of the right shoulder joint, which were caused by blunt objects"," 12-24 hours before death ".
These and a dozen other important facts about the investigation was conducted. R. Criminal's motion. Making the case in need of additional investigation of illegally rejected. The fight for this murder to justice continues.