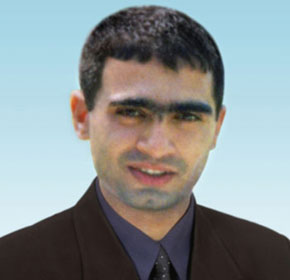 
In 2011, after getting acquainted with the materials of the case Ruben Martirosyan expert of the Helsinki Association of Armenia found out that the investigation was unilateral, and contained false investigation which was accompanied by the Criminal Procedure Code and Criminal Code violations, with numerous and diverse violations, intentional murder has become apparent "suicidal." Due to these false claims 5 soldiers were arrested. The pre-trial violations are numerous and diverse including: destruction of material evidence, destruction of fingerprints from murder weapon, creation of false records, witness statements which were obtained through torture and oppression and as a result are significantly contrary to the acquired evidence and expert opinions.
The inquiry revealed numerous other crimes committed during the investigation. This pattern of case corruption continued in court because the pre-trail violations were covered up and added to at the Court of First Instance of Tavush Marz / Chairman, S. Mardanyan / who also performed numerous irregularities during the trial.
During the trial, the injured party found 30 errors on the prosecutor general’s and Mardanyan behalf none of which were questioned about their legitimacy, and did not get legal proceedings. The logical conclusion was that despite the mediation on 05/07/2013 by the defendant and the victim, Nazaryan's suicide verdict of acquittal, the judge sentenced the five accused men to various years in prison for various offenses and for failing to comply. Captain Hakob Manukyan was sentenced to 10 years in prison, Lieutenant Vahag Hayrapetyan and soldiers Mkhitar Mkhitaryan and Adibek Honhannisyan were each sentenced 4-year periods and Harutik Kirakosyan 3 years (he was granted amnesty in the courtroom). The Court of Appeal upheld the lower court's decision. The Court of Appeals did not accept the complaint. Now the aggrieved party is to appeal to the European Court of Justice.