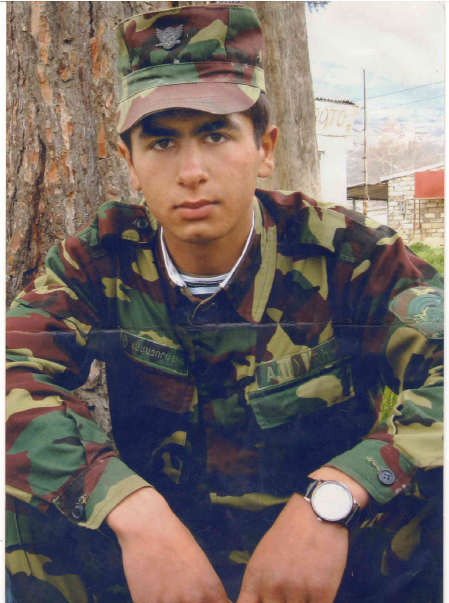 According to official information Arthur Ghazaryan NKR Defense Army military unit No. 38401  felt ill on 12/15/2010 and 36 hours later lost consciousness and was transferred to the Defense Ministry's Central Clinical Military Hospital, on 12/17/2010 there doctors performed surgeries on him and on 12/21/2010 he died without regaining consciousness. Doctors said Ghazaryan's death was due to "mixed cerebral vascular malformation is mostly cavernous hemangioma type, acute occlusion hydrocephaly, cerebral edema, subarachnoid hemorrhage." Coming to such conclusion, Inspector SS Chief excluded the criminal case on 07/15/2011 due to the lack of a guilty party.

After inspecting the Criminal Code case materials, "Helsinki Association" expert Martirosyan came to the unequivocal conclusion that the decision to dismiss was unlawful, unjustified and is subject to cancellation for the following reasons.
Dead Body Forensic No. 1159/54 expertise Arthur Ghazaryan “The dead body internal Study” section forensic specialist noted that the deceased had injuries: and describes the region of the head and its appearance. Quote there was a dark irregular shaped hemorrhage (total 15,5 × 9,0 cm size hemorrhage) “the skin under the top of the scalp includes surgery wound projections which covers the aponeurosis".
In the same section the forensic report includes by, quote “under the right kidney another irregular red colored hemorrhage is found which is 1.2 x 0.8 x 0.21 cm in size”.
Despite these undeniable facts, the examination by the "Conclusions" section indicates how in the autopsy states that no injuries were found on the body. The forensic doctor, in violation of the law, avoids answering the investigator's fifth question "What was Ghazaryan's time of death?" Though according to A. Ghazaryan’s medical record his time of death was noted on 12/21/2010 12: 30 am.
A. Ghazaryan’s, head exam revealed a tumor, the tumor expert failed to photograph the tumor and also neglected to send the tumor to the laboratory for further research, nor did the expert reveal the nature of the tumor. With the following knowledge Martirosyan’s opinion is that Ghazaryan was killed by being hit on the head with a blunt object. The investigative body points to Ghazaryan’s X-ray and CT scan as proof, but when asked to bring forward this evidence in court the investigative body refuses to submit the scans into motion, arguing that they do not have those photos. The reasons above are why the injured party is unable to file an appeal. The association continues to struggle to get the photos and with that evidence begin a new investigation on the case.