Written by Arman Veziryan on 13 May 2011. Posted in Freedom of Speech 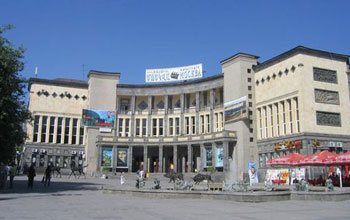 The “Moscow” Cinema in Yerevan refused to screen the documentary film “Armenia’s Lost Spring”, shot by director Ara Shirimyan and written by Tigran Paskevichyan. Martun Adoyan, director of the cinema, claimed the technical quality of the film as the main reason for not screening it in the cinema. He disagreed with accusations that that the refusal to screen the film might have had political motivations. However, according to Paskevichyan, the motive was political not technical. “Armenia’s Lost Spring” has been sent to almost all TV channels in the territory of Armenia, but only “Gala” TV has expressed a desire to broadcast the film.The documentary film “Armenia’s Lost Spring” has two parts and is dedicated to the events of 1st March 2008. Part One covers the period of September 2007-March 2008 and depicts the pre-election, election and post-election developments and incidents which took place. Part Two addresses the events of 1st March 2008 and analyses why the true version of events has never been made public. The film has a particular focus on investigatory and prosecutorial mistakes and violations of Constitutional rights.