Sanction of detention against opposition activist

Written on 16 March 2011. Posted in Persecution 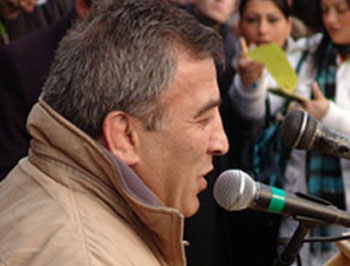 On March 15th 2011, the Court of Kentron and Nork-Marash District (Judge Mnatsakan Martirosyan & lawyer Ara Zakarian) sentenced Samson Khachatryan, an activist of the Armenian National Congress opposition party and previous Soviet and European boxing champion, to two months’ detention in prison as a precautionary measure during the investigation.

On March 14th, a criminal case was filed against S. Khachatryan under part 1 of Article 316 of the Criminal code of the Republic of Armenia (use of physical force against an authority figure which did    not cause harm).