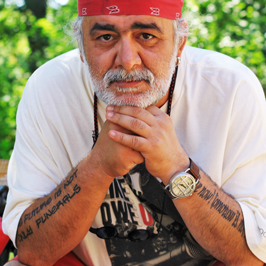 For majority it was obvious from the beginning that, ex-marzpet`s son will not stay in jails for a long time. This made angry many people and showing obvious disrespect of justice and law. In our country murderer can be free while a political activist sent to jail just because of his political views.
With these alarming questions we applied to chairman of Helsinki Association Mikayel Danielyan.
–Mr. Danielyan, what is your attitude towards murder of Avetik Budaghyan and released Tigran Khachatryan.
-I have already told that I am not interested in showdowns of upper circles of authorities.
- There is a point of view among Armenian society that this is disrespect of justice and society: when a murderer can be free, but an opposition activist like Tigran Arakelyan is arrested only for his political views. What do you think about this?
- I wonder, if the society feels disrespected only now, they had to feel the disrespect when no organizers and no realizers of March 1st events were brought to court, but not only in Khachatryan`s case.
It is funny now to speak about the situation of justice, when the whole country is based on it. Tigran Arakelyan is an opposition person and that`s why he is in prison now.

For more details please switch to the Armenian version of the article.
Information is provided by iLur.am.