Written by Gayane Khachatryan on 16 June 2015. Posted in Courts 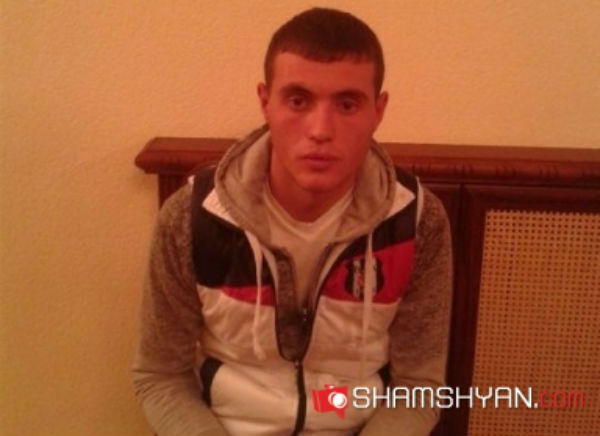 le 34-104 of the Criminal Code of the Republic of Armenia) started on October 21, 2014 at the Lori District Court of First Instinct. K. Kungurtsev is charged with attempted murder of Davit Hovakimyan. Arayik Papikyan, from the Helsinki Association for Human Rights, is the defendant’s lawyer.

On October 12, 2013 a 15 year old boy from Yerevan went to Vanadzor with his handball team and was stabbed in the chest during an argument that occurred after the game. He was declared dead at the hospital.

Karen Kungurtsev, the accused, was promptly picked up from his workplace, detained and questioned by the police for three days. According to K. Kungurtsev’s mother, Anahit Harutyunyan, her son was beaten and abused while in police custody. K. Kungurtsev states he is innocent and is being wrongfully accused of the charges against him. On the day of the incident, K. Kungurtsev was walking near the the Vanadzor Railways park, where the altercation between the Yerevan team and the local team occurred. The CCTV camera caught K. Kungurtsev walking the opposite direction from a group of boys who seem to be running away. The video of K. Kungurtsev at the park was unlawfully released to the public for multiple reasons: first, the police released the video before they had officially and legally obtained it, and second, since the video is evidence in an ongoing criminal investigation it cannot be published or disclosed to others.

By the beginning of December, the witnesses in the case started to give their testimony in court. During the interrogation process in the preliminary investigation, the rights of a few minors were violated, for instance, the right to have a parent or lawyer present during police questioning. Several of the witnesses had altered their testimonies, at first claiming that they were present at the scene of the crime and saw K. Kungurtsev there, while later explaining that they were not present during the altercation and could not identify K. Kungurtsev as the individual at the park. D. Hovakimyan’s friends made false claims initially because they allege that after the incident, their handball coach, H. Malkhasyan, came to the team and said that in order to keep the suspect in custody, the police need two testimonies against him. Additionally, one of the witnesses, who was held at the police station for two days, stated that the investigators wrote his testimony for him; while another witness, Gevorg Avagyan, disclosed that at the station the police showed him the defendants photo and coerced him to testify against K. Kungurtsev. Therefore, two out of the four witnesses recanted since there testimony was discredited.

K. Kungurtsev is being held in Vanadzor Penitentiary, where he has resorted to self-harm and begun a hunger strike since his imprisonment was extended by another two months, despite the fact that the investigators motion had no substantial basis.

The case is ongoing as the rest of the witnesses are being called to testify. There are several key pieces of evidence that are missing, making it more difficult to suspect the accused of committed the murder. For instance, the murder weapon (the knife) has not been located, K. Kungurtsev does not have D. Hovakimyan’s blood on any of his clothing, and the motive for killing the boy is still unclear.